When you’ve been an Admin for a ‘while’, the prospect of using Lightning is daunting to say the least. In Classic I know where everything is. I know how everything works. It’s comfortable. It’s familiar. I can answer all the user questions and knock things out quickly and efficiently. 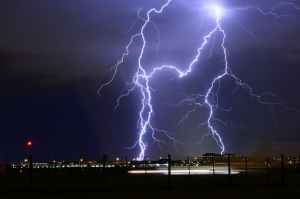 When Lightning was first announced and we got a sneak peak, I was intrigued by the interface. I played with it a bit at the time, but some of the changes felt like hills too steep to climb. On it’s initial release, the trusty tabs were flipped vertical down the left side of the page with a panel opening up – very similar to the Salesforce1 mobile interface. It almost felt like they were making mobile the standard. You had to know the Object Icons to know whether to click on the Star (Leads) or the Coins (Opportunities) since the names were no longer readily visible. This in itself was a hard stop for me and our Org. It was just too foreign and different.

Soon, though, the Tab interface was changed back to the horizontal view we are used to so we decided to take another look. We first focused on where parity didn’t exist between Classic and Lightning. We felt like the only way we could move our users to Lightning was when there would be minimal loss of use. With the Winter ’18 release preview we realized that this might be the time to move.

You see, our Company had been acquired a year before. We were able to bring our legacy technologies with us, but were beginning to have to justify staying on our systems (at considerable cost) versus moving into existing systems where there would be virtually no additional licensing charges. We are firm believers that our growth over the years, including and up to the acquisition is in part a result of efficiencies and insights we have been able to create on the Salesforce Platform. But after being swallowed up like Jonah in the whale, we needed to get our defenses ready to prove that our business unit needs to stay on this platform.

As we prepared to upgrade our FinancialForce PSA installation to the latest release, we decided to test both the upgrade and the Winter ’18 release of Lightning in our sandbox.

I’ll be honest, at first, working in Lightning was painful (see the first paragraph of this post). I didn’t know where anything was. I didn’t understand fully how to manage object Lightning Pages and how to apply them to Apps and Profiles and Record Types. It felt like a LOT of work would be needed to get everything ready for our users.

But how do you eat an elephant? One bite at a time!

Here’s how we turned on Lightning, Beta tested and launched it for our users in a 2 month time-frame:

First, my team (myself, my co-admin and our manager who is the executive sponsor of our system) holed ourselves up in a conference room, got in the sandbox and created a list of the things we needed to do to prep Lightning. It included items like identifying what Apps we needed, which users would get which Apps, and what tabs each App should start out with. We opened up the Lightning Page builder and pored over how it worked. It was easy to figure out the components and how to use/change those, but things like adding fields to the Highlights panel, how buttons are displayed, and how to display/rearrange the tabs on the Activities component are not readily obvious or particularly simple to figure out.

We determined that based on our use of the system we had 4 main ‘groups’ of users: Users who participate in Selling, Users who manage Projects, Users who manage Billing/Accounting and Users who only access the system to log time and maybe use chatter. So we created 4 apps for these user types and then called on Beta-testers from each of these groups.

We held several working sessions with each of the Groups where we spent an hour or two walking through the new/changed functionality, opening up the Lightning Page Builder for the objects they use frequently and making changes/tweaks on the fly. It really grabbed their interest and got them engaged in really caring about how their pages were laid out.

In order to keep these Beta users involved, we flipped on Lightning in production, gave these beta users access to it and setup the new apps and UI for them to use in their daily work. We encouraged them to work in Lightning as often as they could and used a chatter group for questions/comments/feedback. I think we were pleasantly surprised by the amount of feedback we got. Once they began using it regularly they really began asking for things to be moved on pages, related lists made more prominent, etc. They were not shy in giving us feedback. We continued to hold sessions with these users over several weeks. Meanwhile, our sandbox was upgraded with Winter ’18 which was like a manna from heaven! Quick links for the related list really sealed the deal for me and our user base – the standard Related List/Lists components only show 4 fields which is pretty much un-usable to people who are used to seeing 10 across. Without the Related List Quick Links, they were getting frustrated with not being able to easily see the information they needed to do the job.

While our Beta users were testing and providing feedback, we were working on upgrading our most used Dashboards to lightning. We really found that the Lightning Dashboards are a huge hit and being able to add dashboards to the home page was just icing on the cake.

Another thing we did, after realizing that our Beta Users really cared about how the pages were laid out but couldn’t envision different ways of doing it, was to create a new App called ‘Beta App’ (clever, I know). In that App we created from-scratch Lightning pages of all kinds for the objects. wide-left/narrow-right, wide-right/narrow-left, 3 column layouts, you name it. We used tabs, we didn’t use tabs, we put record details prominent, we hid them behind things, and we really just explored the possibilities with page layouts. We were able to use those as examples when we would hold our Beta group meetings to show them different options. Then we would re-build their object page on the fly to meet their needs. One thing that isn’t obvious to an admin is that the first time you click on ‘Edit Page’ in Lightning, you get a page with a pre-set template (wide-left/narrow-right) – while you can’t currently change the template on that default page (vote for the idea here), you can start from scratch and build a brand-new page for that object using the templates provided (or a custom one if you are so inclined). That opened up a whole new world for us. Each of the Beta groups has different layouts for the same object based on how they use that object so we are able to really tailor the experience.

We identified a few things that would need more work to be lightning ready (Conga, I’m looking at you), but they weren’t game changers. Then we scheduled the FinancialForce PSA upgrade in production to happen the same weekend as our Org was getting Winter ’18. On that Monday morning we did a quick fire-drill to add the Related List Quicklinks to all of our object pages, added dashboards to the various home pages and made Lightning available to all users. We then held several Webex sessions to announce the Lightning launch and FF PSA upgrades over the next several days.

Overall, feedback has been great. Lots of compliments on the reports/dashboards particularly. We are currently preparing sessions on Tips and Tricks to make the most out of Lightning for our users to attend where we’ll go over some of our favorite features and let them ask questions and get immediate assistance. We have about 20% of our users in Classic now. The reasons vary – some users claim they are ‘too busy’ and they need to find things fast so classic is easier. Some users didn’t attend any training and/or don’t remember how to switch to Lightning, some users are using IE11 so Lightning isn’t supported. We are working through all of these cases by reaching out to the users themselves and asking how we can help get them on Lightning. We’ve even turned off the ability to switch back to Classic for our Time Entry only users and plan to do this for other groups over the next few months.

Yes, Lightning is different.
Yes, the prospect of tackling all those object pages is daunting.
Yes, you’ll get frustrated with having to relearn things yourself.

Lightning is a super-awesome UI that really focuses on getting the user to the information they need when they need it.
Lightning pages offer SO much flexibility that once you get the hang of them you will never want to go back.
Lightning offers you, super awesome admin, more to learn, investing in your company, your org and your own career!

When you bought your last car, did you wait to find the one that had EVERY. SINGLE. FEATURE. you wanted, or did you compromise on something for another reason (other features, price, availability, etc)?

If you always wait for the one that has everything, keep waiting…I suspect you’ll never be happy with Lightning, but if you can see past the one or two things that you aren’t in love with, enough to take it for an extended test drive, you might just decide to keep it and you may, like me, fall in love with it, faults and all!

Mom. Wife. Salesforce Administrator/Developer. Employee. Volunteer. Friend. Artist. Craftswoman. Passionate about my kids and their future! I am a Salesforce MVP Hall of Fame member. For more information on the Salesforce MVP community, visit: http://www.salesforce.com/mvp/ . Salesforce, Force, Force.com, Chatter, and others are trademarks of salesforce.com, inc. and are used here with permission.
View all posts by Nana →
This entry was posted in Salesforce Queen and tagged Advice, Business, Lightning, Salesforce. Bookmark the permalink.

4 Responses to Lightning or Bust

Let me know what you are thinking right here. Come on, do it. You know you want to! Cancel reply

Useful Resources about Salesforce Flow, Next Best Action, and More

Welcome to the USA

Ramblings from a Salesforce Business Analyst

Jill of all trades and [certified in] some

Wings Like Eagles in the Desert: A Journey through the Wilderness of Chronic Illness

An Odyssey of Life Off the Beaten Path

and the blog of destiny

Yet Another Salesforce Blog!

My Adventures with Salesforce, Architecture and Life

Journey from Adam to Architect

The future is already here – it's just not evenly distributed.

It's better to give than to receive.

Where the Venn Diagram of Nerd Culture and Salesforce Admins meet.

"It was love at first login!"

Tips and tricks from a Salesforce MVP and Nonprofit Salesforce Admin, with a pinch of salt

Building apps on the Salesforce Lightning and Android Platforms